A big shout out to all the ladies who attended the self-defense seminar on January 8th. A great time was had by all.

Honored to host Royler Gracie for the 8th time at a sold out seminar at Victor Huber BJJ. Continue reading → 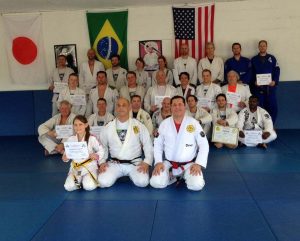 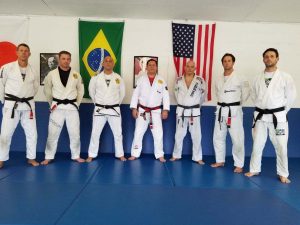 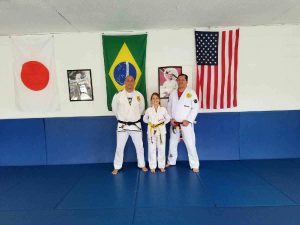 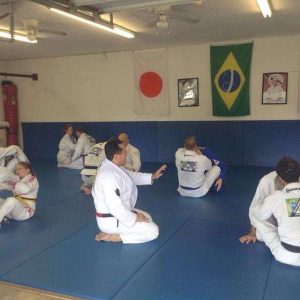 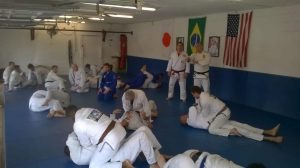 Robert and Morrow demonstrate a grip break into the Sumi Gaeshi. 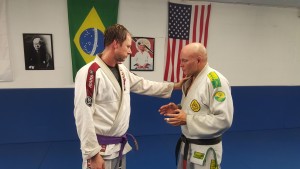 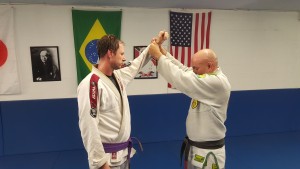 Robert goes two on one to break Morrow’s grip up and away. 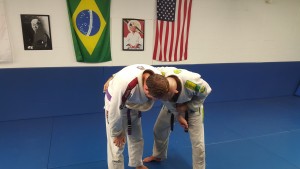 Robert keeps Morrow’s sleeve with the left hand and reaches over Morrow’s back to grip the back of Morrow’s belt. Robert makes sure to keep his head inside of Morrow’s shoulder. 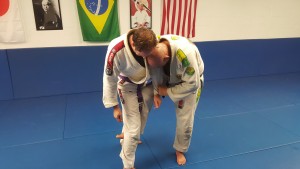 Robert steps inside, uses his Robert foot to hook Morrow’s leg and sits to his butt. 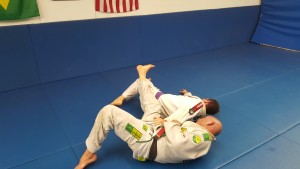 Robert uses his hook and grip on Morrow’s belt to throw Morrow to the side. 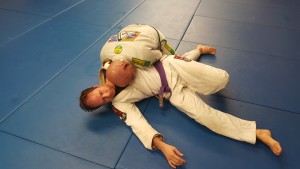 Robert comes up to his knees and finishes establishing side control.

Check out the photos from Master Manoel’s seminar at Victor Huber BJJ on October 25th, 2015. It was a privilege for all of us to learn from a Helio Gracie coral belt.

Robert and Matt demonstrate what Victor calls a “911 Armbar Defense” when your arm is in danger and you feel the leg about to go over your head. This defense can be used as a last-minute defense and requires you to intercept your opponent leg as it’s coming over your head. 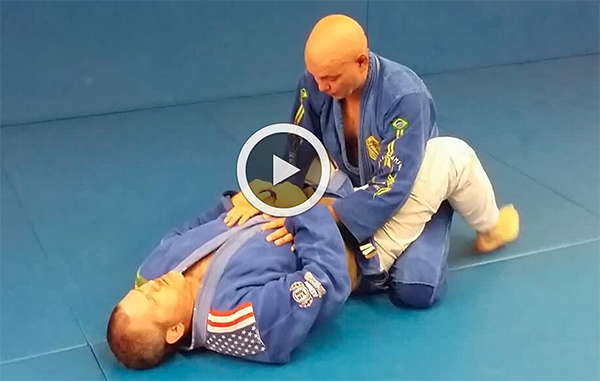 Victor’s daughter Kayla received her yellow belt last week at Gracie Humaitá Ilha do Governador from Grandmaster Manoel. Victor surprised her at her promotion ceremony to her delight. The jiu-jitsu circle of knowledge is never-ending.

Kayla gets a surprise visit from daddy Victor at her yellow belt promotion.

Victor guides Cecilia through a BJJ sequence starting with a guard pass straight to knee on belly and finishing with an armbar: 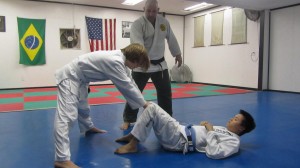 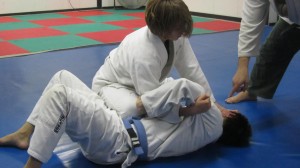 Cecilia controls Paulo's arm at the tricep and pushes his face to the mat and begins to spin around towards Paulo's head.

She begins to pivot around, moving her left hand from Paulo's head to the mat so she can spin her hips under his arm. 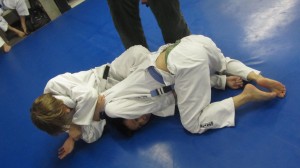 Paulo tries to escape by rolling to his knees. 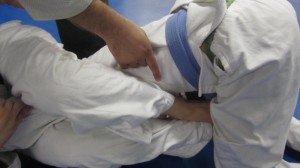 Cecilia counters by placing her left foot between Paulo's legs 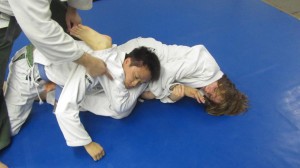 She finishes the submission by hooking Paulo’s head with her right leg, controlling the wrist and driving her hips down.

Check out the photo gallery from the 2011 Victor Huber Cup in Ormond Beach, FL. Congratulations to all the competitors who came out and gave their all!

Whether it’s your first competition or your hundredth, competing in a brazilian jiu-jitsu tournament is always an exciting experience. Competition allows you to test yourself, assess strengths and weaknesses in your jiu-jitsu game, and it builds a spirit of teamwork and camaraderie.

Check out some of the Team Victor Huber competitors in action at the Relson Gracie Tournament held at UNF arena. We’re especially proud of each one of our kid competitors.